A B2B Tech Professional's Guide To Tweeting Like A Boss 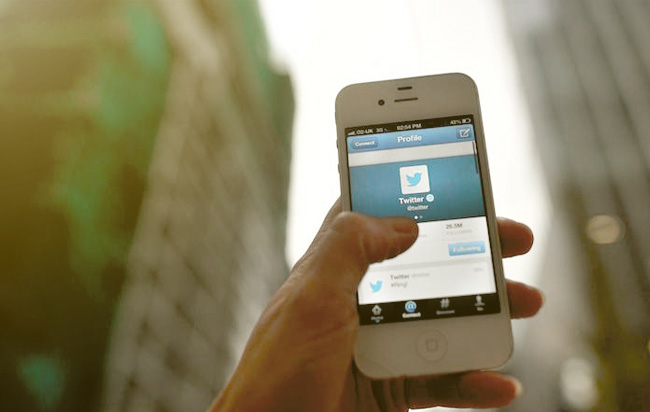 First thing’s first. Let me give credit where credit is due: This post is adapted from Evan Kirstel’s recent webinar, “Using Twitter for Lead Generation and Customer Acquisition.” So thanks, Evan. You’re an inspiration. Literally.

How does one tweet like a professional, you ask? Like most things, the answer is not very complicated, but it will require you to pay attention and invest a little bit of effort.

As with any tool, using it to particular effect is really just a matter of properly understanding what it is and how it behaves.

What is Twitter? It should come as little surprise that Twitter means different things to different people. To astute business people all over the world, Twitter is a B2B marketing tool, a lead generator, and an instrument for business development. To others, Twitter is a micro-blogging platform, dominated by narcissistic self-promoters and popularized by the silly musings of athletes. At the same time, to get to that value you need to sort through an incredible amount of vapid noise and nonsense. Remember Andy Dufresne’s path to freedom in the Shawshank Redemption? It’s kind of like that.

Here’s the thing though: That’s a massive advantage for you. The fact that Twitter’s B2B value is “hidden” means that fewer people will see it and even fewer will be willing to sift through the crud to pull it out. It’s still an underutilized resource and it can be the secret sauce for your B2B success.

Let’s rein in the analogies and be a little less abstract: According to research conducted by Kitedesk, Twitter has overtaken LinkedIn as the number one social media site for salespeople. That’s a big deal.

This mashup of old business operations pushed through new channels, is called social selling. What does it look like? Swap the classical fundamentals of sales - cold calls, product demonstrations, and lead qualification - with their newer counterparts - social networking, educating, and engaging.

Where these activities intersect to position a prospect into your sales funnel and guide him/her through to the other side, you’ve achieved social sales! Bear in mind that this model of selling should not replace a more traditional model, but complement it.

Twitter is simply an easier way to meet and vet more people more efficiently than any real-world equivalent. Because Twitter moves so much faster than Facebook or LinkedIn, (post are shorter and more frequent) the collective “Twitter memory” is much shorter. This, in turn, lowers inhibitions and allows people and companies to be more direct, solicitous, and inquisitive.

Reaching out to a stranger is simply more common and less awkward on Twitter than on other social networks. While this culture of easy-going etiquette is a natural outgrowth of the platform’s structure, the more people seized upon it, the more the effect became amplified and entrenched.

Now that we’re all on the same page, drinking the Twitter Kool-Aid, let’s get to the actionable stuff. No different than any other media, the bigger your Twitter profile, the more powerfully you can broadcast your message and the more credibility you command.

Here are the 4 basic steps to build a Twitter audience and grow relevant followers:

Why should you follow people? Because it’s the best way to get them to see you and consider following you back. Often people will counter-follow simply as a courtesy. Once you make their “following” list, you’re a part of their newsfeeds. That means that your voice reaches them… at least 10% of the time, statistically.

Remember, the name of the game is gaining RELEVANT followers. You should have a target list of prospects that you’re courting. Use that list to guide your new followers.

In lieu of such a list, or once that list is exhausted, a great technique that Evan recommends to ensure relevance is to follow those following your competitors.

Why should you unfollow people?

According to Twitter’s rules, “Once you’ve followed 2,000 users, there are limits to the number of additional users you can follow. This number is different for each account and is based on your ratio of followers to following. Every Twitter account is technically unable to follow more than 1,000 users per day.”

These platform-imposed limitations prevent you from following all the people you’d want in order to grow your audience. Since not everyone you follow will follow you back, you’ll need to regularly clear out those not following you so you can follow new people – who will hopefully repay the favor.

Being on the alert for informative 3rd-party content to share, is a great way to demonstrate that you’re keyed-in to industry interests and want to relay helpful information to your audience, regardless of it’s promotional value to you.

This will help to cement your company’s status as an honest broker and industry expert. Two great tools that Evan mentioned to assist you on your journey to king curator are Prismatic and Flipboard. Both of these tools are considered new aggregators and personalization systems. They allow you to collect, store, and update your favorite news stories and sources all in one convenient location. This should include monitoring Twitter for mentions of your company, retweets of - or replies to -  your posts, industry keywords/emerging trends, your competitors’ goings on, influencer commentary, and burgeoning customer-interests.
While social listening is a part of any good content curation effort, it’s scope and purpose exceed that of curation. In essence, social listening is just opening your eyes and ears to what’s interesting, new, and relevant.

The easiest (and freest) way to do this is using TweetDeck to build a custom Twitter Feed.

Don’t Be a Fool, Use This Tool!

A great tool for automating the mass following-unfollowing process as well as planting the seeds for future lead conversion is the Crowdfire App. In Crowdfire, you’ll find a dashboard with sections including:

This section displays all the twits who you’re following that aren’t following you back. A simple click of the minus icon to the right of the listed Twitter handle and, see ya!

This is the opposite of NonFollows, showing anyone who you’re not following but is following you. Assuming these people are apropos of your Buyer Personae, it’s a good idea to follow them. We wouldn’t want to give them a reason to unfollow you, now would we?

This section allows you to input a timeframe and see who among those you follow have been absent over that period.

Filter by 1 month to see who hasn’t tweeted in the last 30 days. If they’re not actively using Twitter, what are the chances that your messages are reaching them? Sayonara!

While the other lists are automatically generated, this is the manually generated brain that keeps the automation intelligent. “Whitelist” people you’re following who aren’t following you back to prevent them from appearing in the “NonFollows” list. This makes sure that you won’t accidentally unfollow someone you don’t want to.

For example, I may follow @CNN because I want their news items streaming through my feed. I really don’t care that they don’t follow me back. This reasoning applies to any useful curation sources as well.

In this section you can craft a message to be automatically sent via Direct Message (DM) to whoever follows you. “Thanks for following Penguin! To learn more about social selling please visit penguinstrategies.com or email us at info@penguinstrategies.com.”

If you want to think about it in the classical terms of Inbound Marketing, when you follow someone on Twitter he/she is sent a notification of your action. That notification is, in effect, an implicit Call-to-Action, asking the person to follow you back.

If the person clicks through to follow you, he/she receives a DM initiating a professional conversation, expressing interest, and requesting further information. This is, in effect, a landing page. Done correctly, it should provide the necessary push to send a prospect down that 3D slide known as the sales funnel.

Automation can be a fickle thing, so be sure to craft your message with tact to avoid seeming spam-y. Be genuine and not overly promotional. That’s not always an easy thing to do on a 140-character budget, but remember - the goal is to plant the seeds for future lead conversion.

B2B Tweeting on the Daily

Now, without further ado, here is Evan’s concentrated 7-step daily program to help you tweet like a professional:

Reach out to prospects or potential partners through DM and auto-DM. Tweets are great, but Direct Messages are way more personal and - as such - compelling.

See what’s trending in your professional sector, field of operation, area of interest, and sphere of influence.

We love Twitter but there’s no doubting Captain Planet’s genius. Powers combined always trump powers apart. An integrated Twitter-LinkedIn marketing/sales strategy is a reliable litmus to separate the B2B movers and shakers from the B2B fakers.

It’s a new age in the world of B2B sales, for sure, but that doesn’t mean that the old world’s been trashed. Meeting are and always will be at the core of business transactions. What’s changed is how we get both sides through the door and into the same room.

In a way this is a natural extension of content curation. But it’s more than that. You’re not only sharing good content and getting noticed, you’re also showing the original poster some love and cultivating a potentially lucrative future relationship.

Let’s not forget that even Captain Planet needed the help of the Planeteers. Without a team, you’re - well - you’re alone. And no one wants that. A team not only gives you exponentially wider reach, but also gives you the chance to build a culture and group identity to get people excited.

Enlist colleagues, find like-minded enthusiasts, partner with peers, etcetera. In so doing, try to always give before you take. Whenever you reach out to anyone give him/her a good reason why your collaboration would benefit him/her. You shouldn’t be looking to spend social capital, but build it.