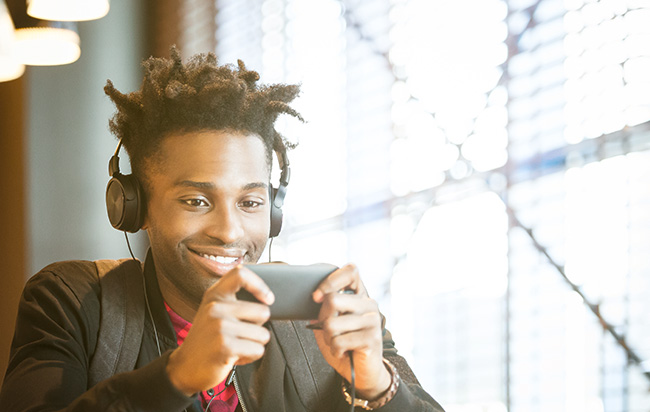 Have you seen the latest viral video going around the internet? Yes, I’m talking about Laughing Chewbacca Mom, Candace Payne. If you clicked on the link (and came back to read this blog post), you’ll notice something interesting. The viral video did not originate on Youtube. It started on Facebook, particularly, using Facebook's new Live feature. This viral sensation begat other viral videos, such as Khol’s happiest Chewbacca, which happens to also be a Facebook Live video, and many other videos too numerous to list.

If you’re still with me and haven’t fallen down the rabbit hole of internet videos, I want to take a deeper look at Facebook Live (and other Live services), it’s application to digital inbound marketing and offer suggestions for B2B marketing efforts.

What does Live mean?

When I refer to Live, I mean two aspects of Live. One is the broadcast or streaming of an actual live event, occurrence or performance. Live can also mean a viewing experience that can only be caught in the moment it is actually broadcast, which can also be pre-recorded content.

Consuming live media isn’t new. The first radio broadcast was in 1906. The popularity of TV exponentially expanded the volume and reach of live media. Cable and satellite TV further allowed for thousands of channels and millions of hours of content being available to viewers 24 hours a day 7 days a week.

Gradually, (with the exception of sports) sitting in front of the TV to experience live media was replaced by DVRs and on demand viewing experiences. This was in large part due to the increased consumption of always available internet media. We now have Youtube celebrities that command as much attention as the latest primetime dramas.

With the popularity of reality content, the explosion of social media, and the desire to instantly connect, I think we are witnessing a rebirth of live content creation. Social media has been touted as a way to enhance live tv experiences because the conversation and discussion of the content is happening in real time on social media. Facebook Live is the perfect platform to capitalize on the growing popularity of live streaming. It enables people to stream video directly to their friends and have it appear on newsfeeds. The platform also offers a worldwide view of available streams. Allowing people from across the globe to share experiences. Facebook automatically saves the video for future sharing and interaction. Facebook Live is now a new media channel for content creation, broadcast and social interaction.

What does this have to do with Inbound Marketing?

With Inbound marketing, we are always trying to attract strangers, educate them along the buyer journey, and ultimately convert them to happy customers. Social media is very much a part of Inbound at every level of the buyer journey.

Using a Live service like facebook gives the public another opportunity to learn something new, address a pain point, and interact with possible solutions and offerings. Like an ad or social message, the video will appear on social media feeds, catching the browser's attention. However, the live video adds the element of reality, and spontaneity. Companies can reach out to their potential customers and existing revenue base, to share relevant information in video format, that is more interesting than a webinar, or youtube video.

Some Suggestions for B2B Marketers

It may seem like Facebook LIve and other live streaming services are not useful for B2b marketers. I think though that, like Snapchat, there is opportunity here to strengthen brands, and build trust.

By adding another marketing channel, companies can rejuvenate creative juices and think up new ways to implement messaging on social media. A SaaS company can keep a stream open to their develops plugging away, asking their audience for suggestions on what to build next. A large enterprise software company can offer live tutorials.

Admittedly, this may not be the best way to capture email addresses. However, with a constant connection to the social world, companies can benefit from everything social media has to offer in a more original and creative way.