Gotta Catch 'Em All - Pokemon GO Can Teach You Marketing

‘GottaCatchEmAll’ has been a Pokemon motto for decades. Fans of the animated series (and the many product tie-ins) have been aiming to catch all the pocket monsters and having a great time while doing so. With the release of the Pokemon GO mobile app, fans are experiencing a new way to interact with this cherished series. However, app users are not the only ones who can benefit from this new mobile trend.

Marketing and Pokemon - together?

There is some great advice about how local businesses such as cafes and restaurants can attract mobile app users with the Pokemon game features to drive sales and attract more customers. For example, if a store is located by a Pokemon gym or a Pokestop then they can use an item called ‘Lure’ to attract Pokemon to that location which will in turn pull the app users to that location. Once a user has arrived there is a good chance that they would be interested in a drink or a snack -  a great opportunity to drive sales.

However, the question is what marketing agencies learn from this trend? Below are 3 marketing takeaways from Pokemon GO.

From comics to TV shows and movies, there is a move to remake many forms of media that were popular during the 80’s and 90’s as the target audience matures and increases its buying power. There is a reason why there has been an explosion of Transformers, Teenage Mutant Ninja Turtles, Marvel and DC comics superhero, and even Ghostbusters media content - nostalgia sells! Pokemon GO is no exception: many of the app users download the game because it gives them the most realistic and authentic way to experience the childhood fantasy of hunting and catching Pokemon in the wild like Ash Ketchum did in the show.

Marketers should look for ways to reinvigorate classic motifs and trends that remind an audience of the things they enjoyed when they were young. 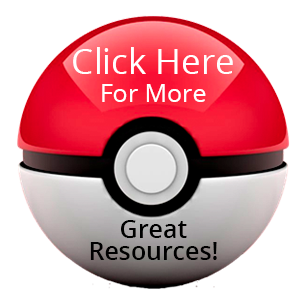 2. Don’t be afraid to mix the old and the new

With that being said, there is definitely something appealing about breathing new life into an old favorite through new technology or through a more modern style. Audiences are easily delighted when old classics are presented with a new skin. Many hotels and resorts choose victorian era designs and motifs while offering all the comforts 21st century visitors have come to expect in lodging. The mix of a classically decorated hotel room that also has WIFI and TV is something unique that draws customers. Having a new Pokemon themed game that uses augmented reality on mobile devices is a great combination of 90’s content on a 2016 medium.

Granted, this one seems like common sense advice. Everyone wants to be aware of what is going on around them. But if companies truly want to be thought leaders it is not enough to just know what the audience is discussing, it has to understand why the audience is focused on this trend. A funny viral video can lead to new ways for B2B companies to strengthen their business, but are the companies willing and able to tap into why this video is such a success? What are the Buyer Personas? Where in the Buyer’s Journey are the Pokemon GO users who are relevant to our company?

As mentioned above, coffee shops and local businesses have product offerings that naturally leads itself to someone who is walking the streets looking for new Pokemon, but any trend that unites such a large number and wide variety of users has potential to be a potent tool for marketers.

One quick example: next time you organize a Meetup you can use a Lure (an item in the game) to attract app users and show the power of inbound marketing - attracting people to you with engaging content.

In summary, Pokemon GO is seemingly everywhere: in parks, homes, stores, and even offices. It is unclear how long the game will remain the one of the top used daily apps and whether it will weather the test of time, but marketers should look at the Pokemon craze as a lesson in never underestimating the power of nostalgia, especially when it comes in a modern package that attracts old Pokemon Masters and new fans alike.

Lastly, if you’re part of the crowd which isn’t excited by all the buzz the new Pokemon game is generating, there’s always options to mute some of the noise until the next big trend hits.

How Can You Add Schema Markup To Your Page?

Why You Should Add Schema Markup to Your Site