Data Driven Decisions or Gut Feelings – Which is Better? 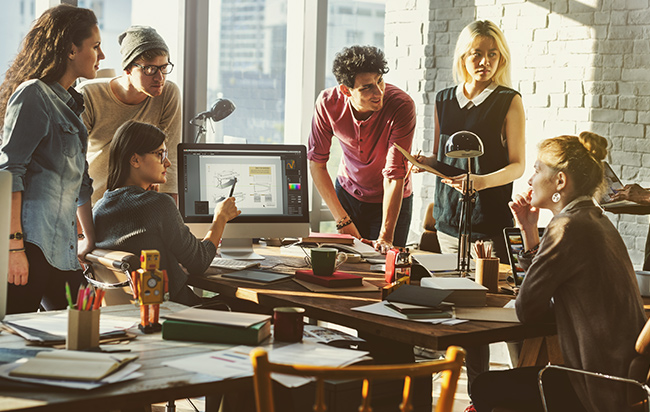 When making an important decision, many of us are tempted to go with our gut feeling. But when it comes to doing business, a decision needs to be backed up by evidence – meaning data. The difference between making a data-driven decision and listening to your gut feeling is the same as the difference between science and science-fiction; one is backed up by evidence and research, the other might sound exciting - but doesn’t really reflect reality.

Perhaps the story that best illustrates the importance of making data-driven decisions is that of how Start a Fire was created. Oren Barzilai, the CEO of Start a Fire, shared this story at our last Hubspot User Group Meetup.

According to Barzilai, a couple of years ago, he and a team of colleagues were working on a completely different project, which involved analyzing traffic source data for US publishers. While going over the data, an interesting trend caught their attention.

The average US publisher would receive around 5% of its website traffic from referrals and links, roughly 35% from search, and over 60% from direct traffic. However, following the introduction of social media, the trend shifted. Publishers’ websites would still receive approximately 5% traffic from referrals, but direct traffic rates dropped to around 20%; the other 35-40% came from social media.

This got them thinking about the impact of social media on our lives. Previously, if you wanted to catch up with what was going on in the world, you’d get up in the morning and turn on the TV. Today, however, getting your content from Fox news sounds obsolete – we learn about the world by going on Facebook, Twitter and other social media platforms.

So, social media should be the most crucial part of digital marketing, right? Well, Oren took this into consideration, but also wondered about something else. When an individual or a company shares third-party content, all of the traffic that’s generated goes to an external website – and a result, bypasses the website of the company that shared it.. To address this issues, Start a Fire– a tool that helps you get value from any content you share – was born.

Start a Fire enables you to add your own company’s brand or badge to any third-party content, so that every time you share an interesting article, your followers will be reminded of your brand.

This proved to be one of the most efficient ways to expand your social media reach and leverage content curation. Most importantly, it illustrates the point of making data-driven decisions. As Barzilai stresses, “If we hadn’t looked at the data, we never would’ve discovered this trend and Start a Fire wouldn’t be the success it is today.”

Data also helped lower their customer acquisition costs by as much as 80%. How? Well, when they first started using PCC campaigns, they attained a 15% conversion rate, 35% activation rate (meaning that a customer signed up and become a customer), and 60% retention rate - but the cost of acquisition was high.

Targeted Marketing Is the Solution

They thought about tweaking their landing page in order to boost their conversion rates but there was no guarantee that this decision wouldn’t lower retention rates. In fact, there was no way to know how to fix this issue without doing some data mining.

When analyzing their customers’ data, they noticed a particular trend: those customers that had signed up and became customers shared certain properties, such as using a social media management tool like HubSpot or Buffer. Start a Fire used this information to start targeting only those specific users. As a result, their activation and retention rates skyrocketed to 90%; since they had a very narrow target audience, the customer acquisition cost dropped by as much as 80%.

But When Do You Go WIth Your Gut?

These are all successful stories that can persuade you of the benefits of data-driven decisions. But every now and then, you need to go with your gut – especially, if your friends and family support gut feeling, right?

Well, actually, their third story is just about that. When they decided to update the Start a Fire badge, they came up with two versions – one blue and one white.  Initially, their entire team was in favor of the blue version because it stood out, was more easily recognizable and prominent, and blue was their brand’s color. A quick survey amongst their employees and friends suggested that blue was, indeed, the better option – they all claimed that white was perceived “as an ad” and would hurt their campaign.

They were ready to launch the blue version -  but decided to do a quick A/B test first, just in case. After just 2 days of testing, they found out that the white, ad-like version, of the Start a Fire badge generated 3 times as many clicks as the blue one! Had they they gone with their gut feeling, they would’ve caused their customers to lose out on considerable traffic.

In summary, when in doubt, forget about your gut feeling. There’s hardly a more powerful source of information than data – so make smart decisions by starting to make data-driven ones.

See the SlideShare below for the highlight's from Oren's tips on using Start A Fire and optiomizing content curation.

Oren Barzilai is Co Founder and CEO of startafire.com. Oren is a serial entrepreneur who is passionate about technology, and is a self taught developer. To learn more about how they're changing content curation, visit Start A Fire,