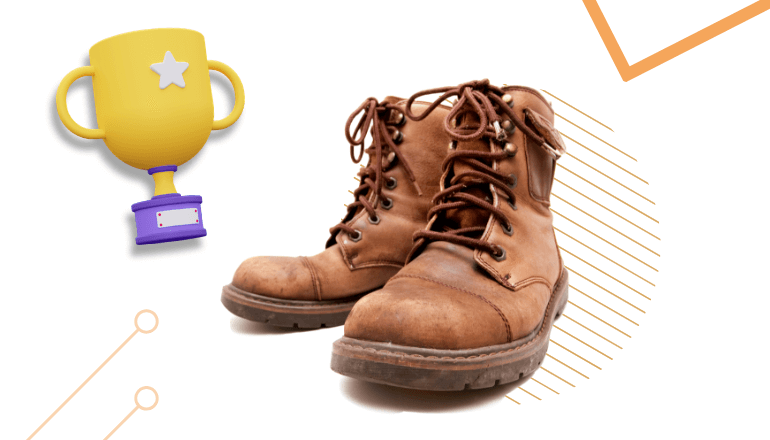 Capchase recently shared their research that says: “Despite the war chest of funding that VC-backed firms raised last year, bootstrapped companies are doing better than VC-backed companies across nearly every metric we analyzed.”

Penguin Strategies’ CEO and Chief Strategy Officer/CMO share their theories as to why this is so, including an inspiring story that’s as far from SaaS as you can get, but it’ll drive home one of the points.

Last year versus this year

Most important, who foresaw the 2022 decline in tech company valuations?

There is a nuance here. The economic decline affecting the tech industry that’s sweeping the news and depressing our social media feeds is based mostly on reports from public companies. We must keep in mind public companies represent a small part of a much larger industry. Let’s take a look Capchase's findings in the United States and Europe.

Penguin’s CEO, Perry Nalevka, believes that the bootstrapped SaaS companies are doing better because when you have less money and limited resources, you find ways to be more creative to grow. After all, these companies have no choice but to be profitable or disappear.

It reminds me of a story. Completely unrelated to SaaS, but perfectly in line with doing much with little.

In 1990, Save the Children sent a man named Jerry Sternin to combat malnutrition in impoverished villages in Vietnam. He was given 6 months and almost no resources. Of course, Sternin realized the villages needed more up-to-date infrastructure and better sanitation, plus a host of other high-ticket items...all facts he labeled T.B.U. (True But Useless.)

Sternin began visiting villages and looking for deviations, children who were normal-sized and not malnourished. He found some, and he explored what their mothers were doing differently. For one, these moms were finding shrimp and sweet potatoes and adding them to their children’s rice while the other mothers were not. He also learned these mothers were dividing the daily rice rations into three meals, not two, like the others. By implementing these two changes, 65% of the villages’ children became better nourished within six months.

Perhaps if Sternin had been given a five million dollar budget, he would have designed plans for plumbing and sanitation that, after six months, would have been nearing the construction phase.

10X Growth - The Other Theory

Marc Andreessen is a founding partner of the VC firm Andreessen Horowitz. He says that top VCs fund approximately 200 startups per year and usually only 15 succeed.

Marc has a track record for backing winners: Facebook, Netscape, and GitHub were his. But how many others didn’t make it? And why didn’t they make it? 🤷‍♂️

Shoham Eckhaus, Penguin’s Chief Strategy Officer and CMO, often consults with our SaaS clients about growth strategies. She hears what is happening on the front lines and has a theory.

Of course VC firms want the companies they invest in to succeed, and they act accordingly. But intentions don’t always translate to results. VCs are well aware that only 15 out of 200 startups will deliver the dividends, so they put partners in the companies they've funded. These partners often sit on the boards where they push strategies for hyper-growth and report back to headquarters which bets are actually worth further investment – both in time and capital.

Founders feel pressure to deliver, and this becomes apparent in the high burn rate. This 2017 TechCrunch article eloquently captures what’s written between the lines above:

On the other hand, bootstrapped companies can take logical, calculated steps to grow organically and at a slower but consistent pace. Gradual growth removes luck and = more chances for success.

While both theories explain the trend in the SaaS industry’s current downturn, the question you’re most certainly wondering is what can you do?

For VC-backed companies faced with unprecedented pressure to produce growth, Perry and Shoham recommend focusing on long-term success and putting aside investors’ expectations.

Evaluate what is the best path for your company in light of the current market opportunities and steer accordingly, even if this will disappoint investors in the short term.

After all, you want to be here for longer than six months.

We are here to help you.