Edgewater Networks is a market leader in Network Edge Orchestration, delivering IP-based voice, video, and data services. Service providers and enterprises of all sizes use Edgewater Networks solutions to simplify customer premise configurations for quick and smooth installations, reduced time to market, and a rapid return on invested capital. The company helps customers bring intelligence to the network edge with its intelligent edge enterprise session border controllers (ESBCs), ensure visibility and management of VoIP endpoints with its EdgeView Service Control Center, and empower expansive VoIP infrastructure interoperability thanks to its QuickConnect lab.

The company boasts nearly 500K systems in service, over 10M sessions deployed since 2010, and manages more than 20M endpoints. The company’s impressive exponential growth has caught the attention of industry experts and investors.

Edgewater Networks was looking to increase sales and enhance its brand image. Since its founding in 2002, cold calls and printed ads proved effective and helped build its success. However, as the years progressed and new marketing methodologies and tactics were proving effective across the industry, they realized that their existing outbound marketing strategy was no longer sufficient.

Additionally, Edgewater Networks was not utilizing its existing database of leads in a systematic way and was not growing their database.

With a new marketing executive at the helm, Edgewater Networks decided it was necessary to make the leap to digital marketing. The primary goals were to start focusing on digital marketing efforts by creating a strong online presence, improving brand awareness, producing content that converts new leads, and increasing online lead generation.

In order to create an effective online marketing presence, Edgewater Networks recognized that enlisting B2B technology marketing experts would be the most prudent and efficient way to meet its business goals.

In 2014, Edgewater Networks reached out to Penguin Strategies, and the two have been working in partnership ever since to build and execute a digital marketing strategy tailored to Edgewater Networks’ core competencies and available resources in order to meet their business goals.

In the first year of working together, Penguin Strategies developed a marketing strategy that embraced the inbound methodology using multiple HubSpot tools to increase new visitor traffic and optimize the buyer’s journey to deals closed. Some of the tactics implemented based on Penguin Strategies recommendations were:

These activities, from design to execution, were motivated by the goal to increase website traffic and lead generation.

From the start, it was evident to Edgewater Networks that an inbound program, built around best practices for marketing technology-focused B2B solutions, presented the best way forward for growing the company and meeting their marketing goals.

Edgewater Networks saw its strategic intuition pay massive dividends. After implementing a comprehensive inbound program, the company experienced a 53% increase in lead generation from 2014 to 2015, which jumped to a 95% increase in leads by the time 2017 rolled around.

Edgewater Networks’ conversion rate from visitors to contacts increased by 0.73% in 2014, reaching 2.56% – more than 2.5 times the industry average, according to a recent HubSpot survey. For context, the top performing 25% of companies from the survey had a conversion rate of 3.1%. This conversion rate has been consistently maintained through 2015, 2016, 2017, and the first half of 2018.

After 3 years of consistently implementing their inbound strategy, Edgewater Networks has enjoyed massive growth in revenue and brand and has become known as a respected authority in the telecom industry. After witnessing the power of inbound marketing in helping reach their marketing and business goals, Edgewater Networks is preparing for further growth and expansion as it transitions into the Ribbon Communications family.

Before we began working with Penguin Strategies, our social media presence and lead generation engine was virtually non-existent. With a quick ramp up and within a very short period of time, Penguin has reinvigorated our corporate image, turning us into thought leaders, social media stars, and putting us back into potential customers' minds as a strong influencer and leader in our industry as well as turning a trickle of leads into a rushing river that we're happy to maintain. We very much value our relationship with Penguin Strategies. 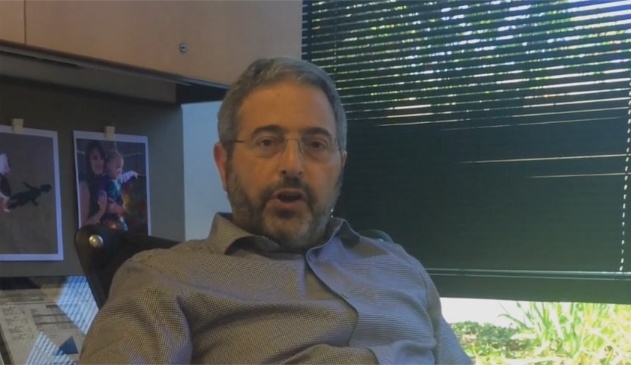 Founded in 2014, Penguin Strategies is a leading B2B Technology Marketing Agency. We provide full funnel marketing strategy and execution for B2B Tech companies of all sizes to scale their marketing and sales, and to drive real and meaningful results for our customer’s bottom line. Our work embraces the three pillars of marketing - Strategy, Technology, Execution - to develop and maintain growth machines.

We combine our expertise in HubSpot programming with real marketing know-how to create innovative ways to help you grow your marketing efforts and sales velocity. From inception to Go-To-Market, we help you convey your message in a clear, concise way that differentiates you from your competitors.

For more information and to get in touch with Penguin Strategies, reach out to us here.